Finning through the water might seem like a thing you don’t need to properly learn as you do it automatically when you enter the ocean. However, you can really improve your diving when using proper finning techniques. Not every finning technique is going to fit every situation, but by learning the most common ones you are prepared for them. You´ll dive more efficiently and be able to reduce your air consumption and not get tired as easily. Furthermore, it depends on the ocean environment that you’re diving in. By using the right finning technique you’ll decrease the risk of damaging the reef, for an example or kick up less slit during a cave dive.

There are some main fin kicks that any diver should know.

Flutter kicks are the basic finning technique that is used by most divers. It is the strongest of all finning techniques which makes it the most popular one.  The legs are kept more or less straight and move up and down in opposing directions. This technique works best with long, gentle strokes, using the front muscle of the thighs and your hips.

The big disadvantage of flutter kicks is that water flows down from the fins at the end of each stroke. Through this marine life can be easily disturbed. You also have to pay attention to you fin-tips and don’t accidently kick marine life below you. It’s obvious that it’s not suitable for diving inside a wreck or cave or swimming close above a coral reef.

However, this finning technique is easy to use, works with all types of fins and its forcefulness can be used on the surface, during descent or ascent, when diving a wall, swimming into a current or when you need speed.

Frog kicks look similar to the leg kicks you do when you’re breast swimming. You bend both knees at a 90° angle outward and upward, while spreading the lower legs apart horizontally. Straighten out the legs while thrusting the fins rearward in an arc shape. You can modify this finning technique by kicking mainly from the knees and ankles. You use the full strength of the leg to do a large, wide kick. As the movement isn’t continuous a good buoyancy is required.

This kick uses less energy than flutter kicks, which means that you can reduce your air consumption and extend your dive through using this. That’s why many divers use the frog kick as their general finning technique and alternate it with flutter kicks to relax their muscles. Frog kicks are useful for general cruising, when you’re close above a coral reef, marine life or diving in a large cave. It’s a powerful kick that’s really efficient under the kick-and-glide aspect.

However, it shouldn’t be used in narrow spaces of a wreck or a tight cave, close alongside a wall, when you need speed or you’re swimming into a current or on the surface.

How to Face your Fears in Scuba Diving

Breathtaking Experiences You Have When Learning to Dive 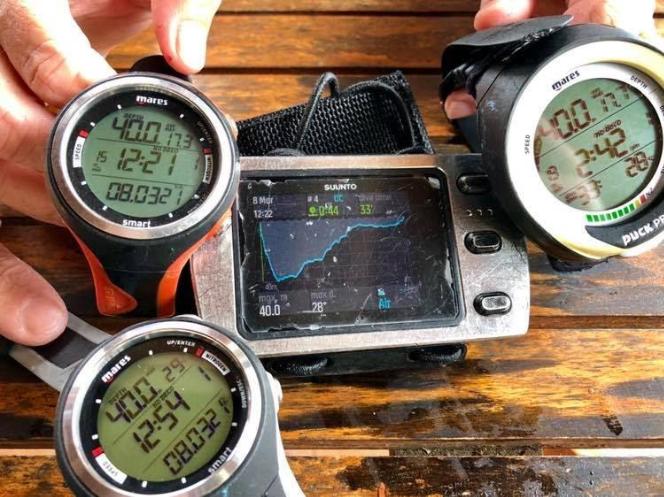